The name “PAT or JK” is slightly confusing since it refers to only one person, me – Patrick Gillespie. The name was coined way back in the mid-nineties when my brother and I were faced with coming up with an AOL screen name that we would both have to share. After numerous attempts at trying to come up with something clever and under 10 characters (why they had that limit I don’t know) the name “PAT or JK” suddenly came to me. It made sense because my name was Pat and my brother used “JK” as his alias in the video game world.

The odd ball name ended up sticking and I found it helped people remember who I was since it stuck out. Eventually my brother got his own online screen name and I was left with PAT or JK to use just for myself. 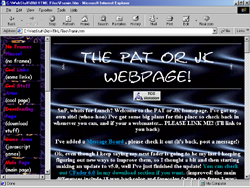 During the summer of 1997 I became interested in programming. Somehow I found my way into the AOL prog world (programs that manipulated AOL). In 1998 I opened up a geocities page entitled “The PAT or JK Webpage!” that contained programs and programming examples. The site slowly became more popular and I moved it to its own domain, patorjk.com, sometime in 1999. At the height of its popularity the site was getting between 1000-2000 visitors per day. However, I stopped releasing programs and programming examples around 2001 (due to college life and an annoyance and disinterest in the AOL prog scene) and the site’s popularity began to dwindle significantly.

In January 2007, ipowerweb.com, my old host, unceremoniously shut down my site and deleted all of my files. When I called their tech support to ask what had happened they told me I had been late with my last payment. However, I’m a pretty prudent guy, I always keep an eye on my mail and my phone messages, so I was upset they hadn’t sent me a bill or given me any kind warning. In March 2007 I relaunched the site from scratch with site5.com as the host. The idea of starting from scratch renewed my interest in a web page and led to a new direction for the site. Today the site is mostly a creative outlet for me and the majority of the content is web apps or experiments that I’ve written. I hope you enjoy your time on the site, and be sure to bookmark it if you like it! 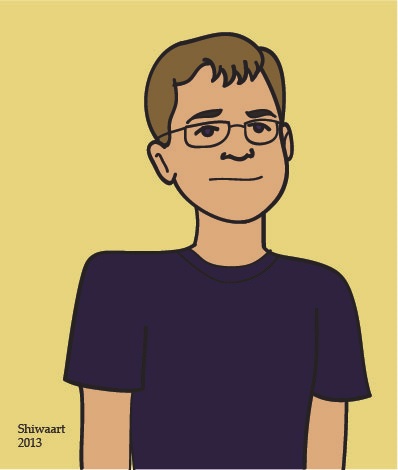