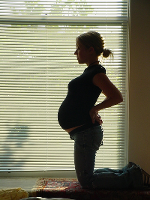 I’ve created a new tool that allows you to query US baby naming data from the past 130 years and play around with it on an interactive chart. I got the idea after stumbling upon the data at the US Social Security website.

To cut to the chase, below you can see some interesting effects of our culture on naming trends.

These were all found by just trying out different names and looking at the time period for when the names peaked or dropped in popularity.

For those of you who are curious, I used Martin Kleppmann’s PlotKit repo as a starting place for the chart (that repo is a heavily modified version of Plotkit with lots of new features and fixes). I then modified it to add in some additional features and minor bug fixes, including the mouse interaction stuff. I’ll probably submit my changes back to him at some point, though right now I feel like I kind of hacked stuff into it, so I’ll probably wait until I polish it up and the changes are field tested more. If you have any trouble with the chart please let me know.

The mouse interaction stuff was done by creating a separate canvas element and having it overlay the chart. The dynamic dots you see are then drawn on this canvas. This is done because re-drawing the whole chart is time consuming. The one exception to this is IE7 (and possibly IE8), for which I couldn’t get the overlay to work. So for those browsers, the whole chart re-drawn when it changes. So you’ll notice if you use IE7 that mouse interaction isn’t smooth, while if you use Chrome, FireFox, or IE9, things should be pretty smooth.

11 thoughts on “Plotting and Analyzing US Baby Naming Data”